There was another issue where Mandela resisted strong pressure from within the ANC to take a different course, and that was recognition of the Polisario Front movement and independence of Sahrawi Arab Democratic Republic (SADR) in the Western Sahara. The region had been occupied in 1975 by Morocco when the Spanish colonialists left. The SADR had been admitted as a member of the OAU since 1984, prompting Morocco to withdraw from the organisation.

The ANC debated the issue intensely. Although initially Mandela had written to Polisario committing to recognition,723 he later came to the view that while South Africa could do that, it would nullify any influence on Morocco that South Africa could use to help resolve the dispute. He resisted pressure from within the ANC and from Southern African countries among others, believing that the conditions for effective recognition were not yet there - the Arab countries didn’t recognise Polisario, except for Algeria, and the international community didn’t recognise them as a government in exile. After failing to persuade Morocco to shift its position, Mandela confined his intervention to supporting the protracted United Nations process.

Mandela interacted with North African leaders regarding the issue. In 1996 Libya, Tunisia, Algeria and Mauretania asked him to support a call for the extension of the United Nations peacekeeping presence in the region and to encourage dialogue between the parties to settle the conflict within the framework of the United Nations process, which was the position of the South African government.

Five years after Mandela’s presidency, South Africa did recognise Polisario, and fell in line with the OAU position. As anticipated South Africa did lose leverage it might have had – Morocco remained outside the AU until 2017 and without an embassy in South Africa; and the United Nations by then had still been unable to resolve the issue. 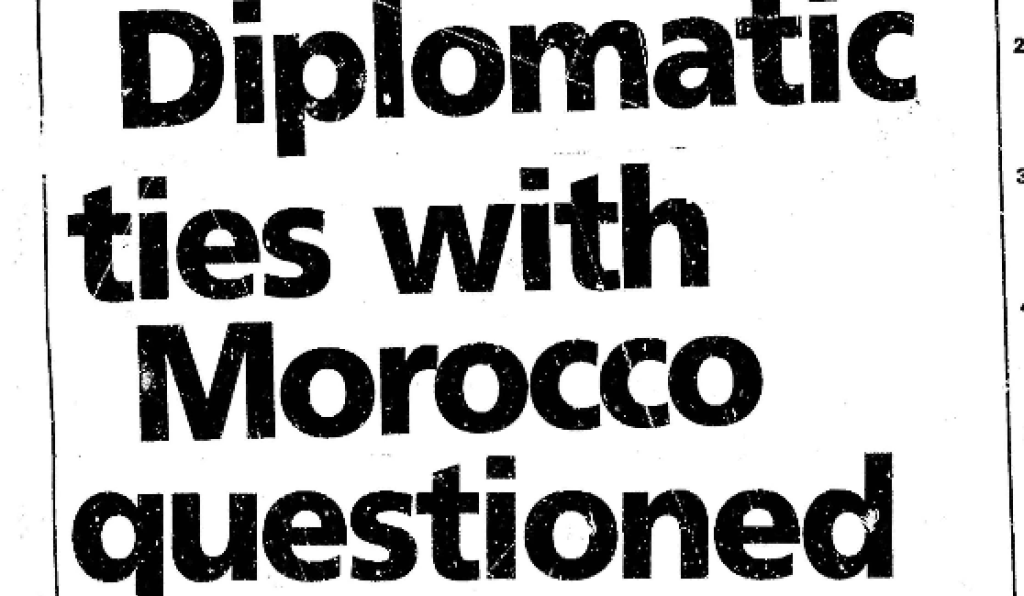 Other seemingly intractable conflicts such as that in the Sudan drew Mandela’s involvement as mediator, but only tentatively and not as a principal actor. There were many requests for intervention that were declined, either for pressure of time or because it was clear that the conditions for possible resolution were absent or not yet in place. For instance, resolving the situation in Kosovo, he judged would require more time and resources than South Africa could afford.

On the other hand, not playing the role of mediator allowed him to express his own opinions on the situation. In the case of the Gulf War, for instance, he broached the issue in September 1996. He criticised the Iraqi government for its offensive against Kurdish groups:

If there is any problem they have with any country I would expect them to respect the United Nations Charter and to seek to resolve those problems by peaceful means.724

And he criticised the United States exercise of its power:

No country is entitled to assume to itself the role of a policeman of the world; it is disturbing that any country should arrogate itself that role. … We form our friendships on the basis of principle and those who were with us when we were all alone will continue to be our friends. The fact that any particular may be their enemy does not influence our attitude.725

Whilst negotiations under the auspices of the United Nations or the OAU provided a manageable way of resolving tensions between loyalty to supporters of the freedom struggle and efforts to get them to make choices they did not want to make, resolving the matter of diplomatic relations with China came with no such possibility for South Africa itself to avoid a sharp and uncomfortable choice.

Taiwan, the Republic of China, had provided significant support to the ANC before the 1994 elections, and although it had done so for other parties and had had extensive involvement with the apartheid government, Mandela differed with those who advocated simply switching relations to the People’s Republic of China. He thought it would be unethical – ‘You can’t just desert friends’.

But he also knew that South Africa would have to have diplomatic relations with the People’s Republic of China and was aware of China’s views. According to Li Liqing, staff member at China’s Bureau of African Affairs, when Joe Slovo visited China in 1993 he brought a message from Mandela to the Chinese Communist Party and government: that, in time, after the election the democratic government would diplomatically recognise the People’s Republic of China as representative of the whole of China.726

After the new government was established, however, Mandela for a time articulated a ‘Two Chinas’ policy, arguing for full diplomatic relations with both countries. But Beijing made clear that that was not possible, intimating at the same time that it was prepared to wait – recognising that South Africa was a new democracy, and out of respect for Mandela they would tolerate recognition of Taiwan without criticising South Africa publicly and would for the meanwhile maintain a representative office without establishing full diplomatic relations.727

Mandela recognised in time what the choice would have to be. But even as intense discussion took place within government and the ANC where he received little support on the issue, he postponed the decision. Jakes Gerwel recalls:

He always said, ‘Look, we cannot indecently end the relations with Taiwan because of what they had done prior to the elections.’ Suddenly one morning he told me, ‘the time has come.’ I always said to others, in the beginning one got the sense of being a political advisor to Madiba – but Madiba is in some sense inadvisable; he’s got what the Germans call that ‘finger-tip feeling.’ The old man sometimes makes a political call because he has an intuitive sense for timing. That’s what happened. He woke up one morning; he first called the ambassador to tell him that we were going to go this route, and then made the announcement.728

At a special briefing to the media at his home in November 1996, he explained:

In its international relations, South Africa has become an active participant within the ambit of the OAU and the Non-Aligned Movement, as well as within the United Nations system. A permanent continuation of diplomatic recognition of the Republic of China on Taiwan is inconsistent with South Africa's role in international affairs.

They have the biggest population in the world. They have a growing economy which has a growth rate of about 10% and they are permanent members of the Security Council. They are recognised by almost every country with the exception of smaller countries. We are the biggest country that has diplomatic relations with the Republic of China.

Out of respect, the Foreign Minister of the Republic of China on Taiwan was invited to South Africa for ‘the formal last rites’, culminating in a joint press conference with Mandela.

This is a matter that has created a great deal of shock and disappointment on the part of the President, the government and people of Taiwan. And I assured the Minister that I fully understand that sense of shock and disappointment. I went further to say I have agonized over this decision because I knew precisely what it would mean to the government and to people of that country but that there comes a time when a man, in the interests of his own country, has to take a decision which hurts very close friends and this decision has hurt them very badly indeed.

But we had very good discussion with him because in spite of the decision that I’ve taken we are going to maintain relations on the highest level short of diplomatic relations. And I am sure that there is a will on our part, there is a will on the part of the government and the people of Taiwan to ensure that the good relations that we have established continue other than diplomatic relations.730

I have agonized over this decision

Mandela’s insistence on avoiding ‘indecent’ haste had made for a transition of effectively two and half years from the 1994 election, and he managed it in a way that achieved the most extensive relations possible under the circumstances with the Greater Chinese region.