Mandela’s views on media transformation together with his enthusiastic embrace of newspapers, radio and television as platforms to shape the national conversation and to mobilise citizens for nation- building and development, set the stage for an intense and mutually rewarding relationship with the media that was punctuated with moments of tension and disagreement.

One of the first resolutions of the South African National Editors Forum (SANEF), an association born in October 1996 with some difficulty from the unification of two racially based associations of editors, was critical of Mandela’s remarks about black journalists which he made shortly before. When he made similar remarks a month later, a group of 22 black journalists asked to meet him. A robust and at times angry exchange was followed by a joint press conference at which Mandela said that he favoured a free press that acted as a watchdog on government, but that as long as conservative whites controlled the media, black journalists would not be free. The journalists had hotly contested that proposition, and they agreed to disagree.604

604 NM, Address to the closing session of the Fiftieth National Conference of the ANC, 20 December 1997, Mafikeng.

Six months later Mandela made similar comments about black journalists in media controlled by conservative whites, this time at a press conference in Harare where he was attending a meeting of the World Economic Forum. Stung by the hostile and strong response, Mandela invited the members of SANEF to a meeting in his office, where an angry confrontation took place. Criticised by the head of SANEF, for ignoring changes happening in the South African media, Mandela reacted angrily. In the words of a journalist who was there, ‘Mandela was livid. Gloves were off. He questioned several editors’ integrity. ‘There is no point in beating about the bush with problems. Whatever measures taken, the truth is that the media is still in the control of whites and, in many cases, conservative whites, who are unable to express the aspirations of the majority. This is not to reflect on their integrity but on their background.’605 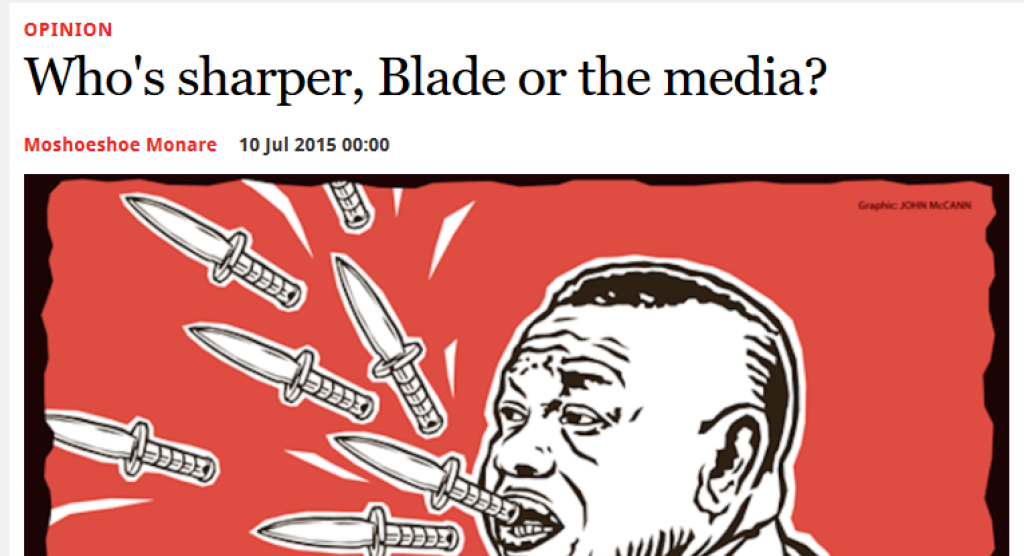 There were other, less collective, incidents where Mandela found it difficult to understand and to accept criticism coming from black journalists. As much as it might on occasion anger him, private anger generally transmuted into more nuanced public expression.

In the end, disappointed as he was at the pace of transformation of the media, and critical of the quality of much of the content, Mandela combined acceptance of differences between media and government as a feature of democracy, with somewhat qualified praise that held the near uniformly euphoric coverage of his inauguration as ideal.

We have had robust exchanges with the press, in some the words used were carefully selected merely to convey no more than what both parties believed to be true. Others were more than robust, leaving the contestants bruised and without balance. Such heated exchanges cannot be avoided or suppressed in a democracy.

It is good for us, the media and the country as a whole to know that our journalists can rise to expectations and acquit themselves excellently as on the day of inauguration and on numerous other occasions.