How the Government of National Unity Cabinet would make decisions was the very last issue to be resolved in the negotiations. It had been referred to Mandela and De Klerk by their negotiating teams. Their proposal was that Cabinet should strive for consensus in reaching decisions; but if that failed, the majority view would prevail.142 At the end of a long meeting between the two leaders at the Union Buildings on the night of 17 November 1993 agreement was reached. The proposal was accepted.

This was a far cry from earlier National Party proposals for constitutional constraints on the majority party, such as a rotating presidency and special majorities for certain decisions. De Klerk favoured consensus, based on his experience of chairing a Cabinet, though some of the other National Party leaders were pushing for decision by two-thirds majority right up to the end143

- - when they heard of the agreement they went so far as to consider whether to take action to reject the agreement.144

ANC negotiators, had prepared fallback offers, such as a 60 per cent majority threshold for decisions. But, according to the writer Patti Waldmeir, drawing on Mac Maharaj who had waited in the Union Buildings for the meeting to end, Mandela insisted on decisions by majority. ‘He could not run Cabinet any other way, he told De Klerk, who had to acknowledge that this was probably true. ‘Madiba went there not to give an inch, and he just hammered him,’ says Maharaj’. And in the end, he cracked him.145

That final agreement had substantial impact. Decision by consensus, which De Klerk favoured, and majority decision after seeking consensus, had quite different implications for the power and influence of the parties even if a formal vote was never taken.

At a micro-level, the ANC and Mandela had the support of conventions across the world on how cabinets function. It would have been difficult, if not impossible, for the NP to sustain its arguments if negotiations were to deadlock at this stage around a demand for veto powers in Cabinet after the popular vote had been exercised. That would have been largely rejected in popular discourse and even among the NP government’s international allies.

At the macro-level, the reality was that by then, as the ANC had concluded, there was no alternative to reaching such an agreement other than extending a conflict that would end in ANC victory but at great cost to the country and to both sides. The NP’s capacity to achieve its positions had waned as the power of the ANC grew. At the same time, pointers from opinion polls to a probable ANC majority of around sixty per cent strengthened the resolve of the ANC and anti-apartheid social actors.

The agreement on decision-making was incorporated in the interim constitution

The Cabinet shall function in a manner which gives consideration to the consensus seeking spirit underlying the concept of a government of national unity as well as the need for effective government.146:

The Cabinet would seek consensus, but given the need for effective government, this was rightly seen as having opened the way for majority rule. Hence Mandela’s terse summing up:

147 Patti Waldmeir, Anatomy of a miracle: The end of apartheid and the birth of the New South Africa (New York, Norton, 1997), p.232, citing Nelson Mandela after the final meeting with De Klerk

When the ANC celebrated victory, Mandela again paired commitment to seek consensus with insistence that policies mandated by the electorate must hold sway.

We are here to honour our promises. If we fail to implement this programme, that will be a betrayal of the trust which the people of South African have vested in us. It is a programme which was developed by the masses of the people themselves in People’s Forums. It has been accepted by state corporations, by government departments, by business, academics, by religious leaders, youth movements, women’s organizations. And nobody will be entitled ... to participate in that Government of National Unity to oppose that plan.

But I must add we are not going to make the Government of National Unity an empty shell. We want every political organisation that participates in that Government to feel that they are part and parcel of a government machine which is capable of accommodating their views within the context of the Reconstruction and Development Programme. We do not want to reduce them into mere rubber stamps, to rubber stamp the decision of any organisation except to say that that Programme has to be carried out without reservation.148

De Klerk, conceding defeat hours before Mandela spoke, similarly combined commitment to co-operate with assertion of the legitimacy of his constituencies’ interests.

By all accounts the Cabinet of the Government of National Unity did make decisions by consensus and there is no account of any issue being decided by a vote, though debate was sometimes heated. Jakes Gerwel, speaking from the vantage point of Secretary of the Cabinet, observed that ‘one would not be aware that it is a multiparty government if you were sitting in on the debates, on the meetings of the Cabinet, you would not realise that people come from different parties. Those arguments never run on party lines.’150

Kader Asmal described in his memoirs how ‘consensus was allowed to establish itself in a place where everyone was comfortable through a process of argument and counter argument’, although he also thought he discerned a ‘culture clash’ between ANC and NP in these debates: no NP Minister, he said, challenged De Klerk in Cabinet; while the ANC was used to engage in heated debate and argument on issues, sometimes to the consternation of NP ministers.151 Accounts from the National Party side agree that votes were not taken and that decisions were made on the basis of consensus.152

In practice, the principle of ‘consensus if possible, otherwise the majority prevails’ in a sense applied to Cabinet the same approach of ‘sufficient consensus’ that had applied in the negotiations – when deadlock emerged, what carried the day would be agreement between the parties with the weight and capacity to take the process forward or hold it back. In the negotiations this amounted to according decisive weight to agreements between the ANC and NP – in the GNU Cabinet it meant that the ANC point of view would prevail.

In confirming Cabinet practice, Buthelezi argues that the consensus was merely formal rather than substantive:

The Cabinet is supposed to decide things on the basis of consensus, but in fact the decisions in the Cabinet are decided on the basis of majoritarianism, because very often I have disagreed right through the sixteen months we have been together, In fact I have prepared memoranda in some cases disagreeing with some of the proposed legislation and so on, and all that is said is that, well, what the Minister of Home Affairs says must be noted, that's all, but we'll go ahead.153

Consensus was formed not just in Cabinet meetings but in discussion and deliberation in the Cabinet system as a whole, as well as more informal interactions between the parties.

The Cabinet system of the previous government was initially adopted with almost no change. The evening after being sworn in the new ministers met in the old cabinet room (a boardroom off the president’s private office which was not used again as it was too small for the new executive.) President Mandela chaired the meeting. Reflecting the residual uncertainties of the moment, his bodyguard stood behind him through the meeting. There was no agenda, but after statements by Thabo Mbeki and De Klerk declaring their intention to work together, the meeting discussed how the Cabinet would work.

The head of the Cabinet secretariat, William Smith, was asked to submit a memorandum on the operation of Cabinet to a subsequent meeting. It was agreed that the next meeting would be in Cape Town on the day before the opening of the first session of Parliament and the president’s first address to parliament, on 24 May.

Then – as had happened with pre-1994 changes of national government and has happened since – a minister raised the issue of whether South Africa should continue to have separate capitals, Cape Town as the legislative capital and Pretoria the administrative capital. In an early display of intra-party disagreement and cross-party consensus, the first to respond were an ANC minister and an NP minister each of whom had Cape Town roots or constituencies and who urged caution! The meeting agreed that the matter of the location of Parliament should be on the agenda of the next meeting, and it became one focus of Nelson Mandela’s attention in the months to come.154

When at a subsequent meeting the secretariat’s memorandum on the Cabinet System came to Cabinet, it suggested that the existing system should be adopted for the meanwhile to see how it worked and then be adjusted if need be. In response to a reference in the memorandum to ‘the proven advantages of the system,’ Kader Asmal interjected, ‘To whom has it been proven? We will decide what is proven!’ But the existing system was nevertheless adopted, with its cabinet committees and procedures, conforming to most international practice and derived from the British system. Subsequently, there were some changes to the committees and one change to the format of Cabinet memoranda, proposed by De Klerk, namely the addition of a new section on ‘Constitutional Implications’,155

The cabinet committees were a crucial part of the decision-making system and platforms for finding consensus. There were three committees during the first years of the Government of National Unity, carried over from the apartheid government. Thabo Mbeki chaired the committee on economic affairs. De Klerk chaired the other two committees, the one on security and intelligence (which Cabinet assigned to Mandela who later delegated it to De Klerk); and the other on social and administrative affairs. Committees included both ministers and deputy ministers and had overlapping membership. Issues came to committees in the form of a memorandum from a minister and were discussed and debated to reach a decision which would then go to Cabinet as a committee minute; Cabinet would take note and generally approve committee decisions unless there were issues still to resolve.

Like the Cabinet as a whole, the committees worked to reach consensus. Where further discussion was needed – as with the Truth and Reconciliation Commission – small task groups or subcommittees would be formed with representatives from each political party to work on the points of difference in a more informal setting.156

Mandela injected a further element to the machinery of cooperation in most ministries, by pairing ministers and deputy ministers from different parties: 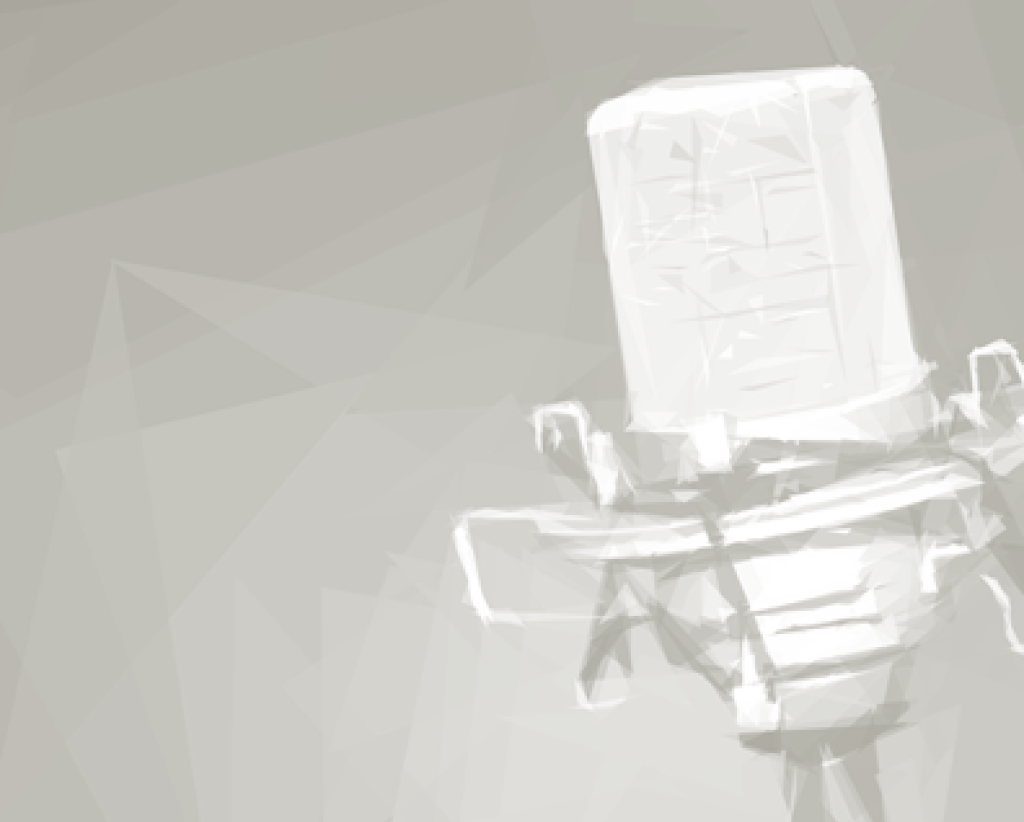 From the point of view of De Klerk and his party there are 27 cabinet ministers: three belong to the IFP, six to De Klerk, the ANC has eighteen, twice the combined strength of IFP and National Party. So, if we wanted to, we could just run the government, but we’re not doing that. We are committed to making the Government of National Unity something that has got a substantive content, not just a hollow content where we endorse the views of the ANC. It is for that reason that we made sure that in the distribution of portfolios, we should have deputy ministers; if a minister belongs to the ANC, then the deputy minister should belong to the National Party, or IFP. We want it to function properly.157